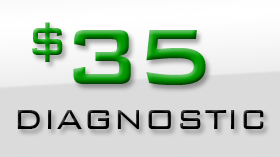 New and improved, the FBI Virus has gotten an upgrade and is now the Department of Justice Virus! This familiar foe still uses the same scare tactics of trying to make the user think they will be arrested for computer violations unless they pay a fee within so many hours. The fee itself has also received an upgrade and has gone from $60 to $300! Do not be fooled by any of this, it is all a scam by some overseas outfit and they are simply trying to steal your money.

If you or anyone you know has this message or one similar to it, bring in your computer to Level Seven Computers right away and we can get rid of this nasty little computer virus for you! While you are here we can also optimize your computer to speed it up and check or any other problems that might be lurking, either physical or software.

Starting Saturday, June 1st, Level Seven Computers will be open from 10am to 2pm on Saturdays, a one hour shift forward. Our weekday hours will still remain 10am to 6pm, and we will be closed on Sundays.