Before you hit install button and upgrade to Microsoft’s latest version of browser, Internet Explorer 10, you should be aware of a known issue affecting several users like yourself.
New in IE10 is an interface designed to work with the Windows 8 tablet style called Metro. The browser actually has two versions: the metro version and the desktop version. While it appears most users are not experiencing any problems with the enhanced tablet version, the same cannot be said for the desktop version.

There are several reports online and we have one confirmed case ourselves, that once Internet Explorer 10 is installed it loses the ability to visit all websites. Whenever an Internet address is entered, you are simply greeted with a “Page Cannot Be Displayed” error. While there are a few suggested solutions that increment in difficulty, the one that appears to be most successful is a complete system restore to a point before the browser was updated.

So, with this information in hand, we would recommend waiting a while longer before going ahead with the IE10 plunge until the kinks can be worked out of the system. While there is no guarantee you will experience the problem if you do update now, the hassle of fixing the problem if it does fail should be cause to think twice!

This entry was posted on Saturday, March 16th, 2013 at 12:09 pm and is filed under Online Safety. You can follow any responses to this entry through the RSS 2.0 feed. Both comments and pings are currently closed. 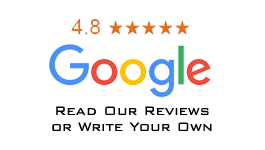